Cancer is breaching the firefighters’ world

THE NUMBERS BEHIND THE CANCER RISKS

To set the stage, let’s examine the current statistics around cancer in firefighters. According to a 2013 National Institute for Occupational Safety and Health (NIOSH) study, firefighters have a 9% higher risk of being diagnosed with cancer. The risk of dying from cancer is 14% higher for firefighters than the general public.

Some departments are tracking even higher rates among their members:

Clearly, cancer has become a major problem in the fire service.

Even with the above evidence, many city authorities do not recognize the link to cancer in the firefighters profession; while for example they do see this for hairdressers, who often deal with hairspray and those types of chemicals.

THE HIDDEN DANGERS BEHIND THIS HERO’S JOB

It is moving that firefighters are listening to what a few years started off as a rumor and are doing what they can within their network to send one unanimous message: this profession is dangerous. There are many more hidden dangers than the obvious risks and hazards faced every time they leave the station on call. 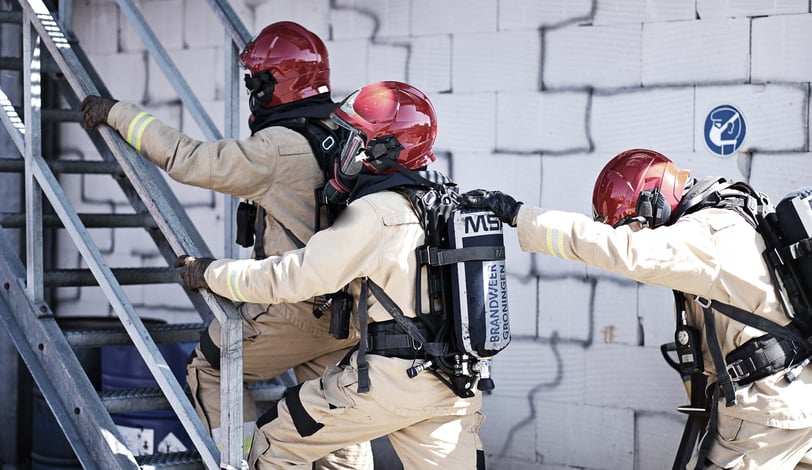 Firefighters are exposed to strenuous conditions that are both physically and mentally demanding. It is crucial that they take care of their fitness and health as their lives depend on it. It’s also critical that they keep their morale and motivation up, as this is equally important when facing the obstacles in their careers and private lives. I was happy to see that the conference also delved into the mental aspect of the firefighting profession, as statistics show that depression and psychological stress have a great impact on their careers and lives.

I was particularly shocked when I heard that most of the exposure firefighters have to dangerous VOC (Volatile Organic Compounds) is within their own vehicle or the area in the station where these are stored, not directly connected to exposure to fires. We all know that exhaust engines are dangerous and polluting, but now we have another negative aspect to list and that is the danger they represent for the members of the firefighting community.

Exposure to soot, smoke, dirt and particles have been in the line of health and safety at work as early as 1775 when Percival Poot, a British surgeon, directly linked the statistics of chimney sweepers with cancer among the young men who carried out that task in those days. As a consequence, some measures were put in place to diminish this hazard and introduced some clothing protocols and procedures. It was the early days of PPE. His findings and conclusions helped greatly in the evolution of medicine and the preventive measures that we now benefit from.

PPE is crucial in keeping firefighters safe when facing fire and heat, but it is equally crucial that clothing is kept clean and safe to ensure the users do not get contaminated when wearing their uniforms. We already addressed this topic on a recent post and you are kindly invited to revisit what we shared there.

PFAS FREE SOLUTIONS ARE NOT (YET) THE BEST ANSWER

Nobody has the right answer, but we often see a dichotomy when it comes to PFAS free finishing. It’s preferred on textiles, fire extinguishing foams, etc., but it’s impossible to provide these when evaluating the risks faced by firefighters and the norm requiring protection against chemicals. Some parties claim they have new solutions that are PFAS free which also provide protection from chemicals, but the truth is that these are not widely available. For the moment, they are either under development or they fall short in their performance.

These days, there are specialists who provide innovative washing technologies to decontaminate firefighter equipment. These technologies have greatly evolved in a short time, and the specialists have also managed to improve their price and offering for more services in different regions. It is good that they are raising awareness among fire services and teaching them about the difference between washing and decontamination. 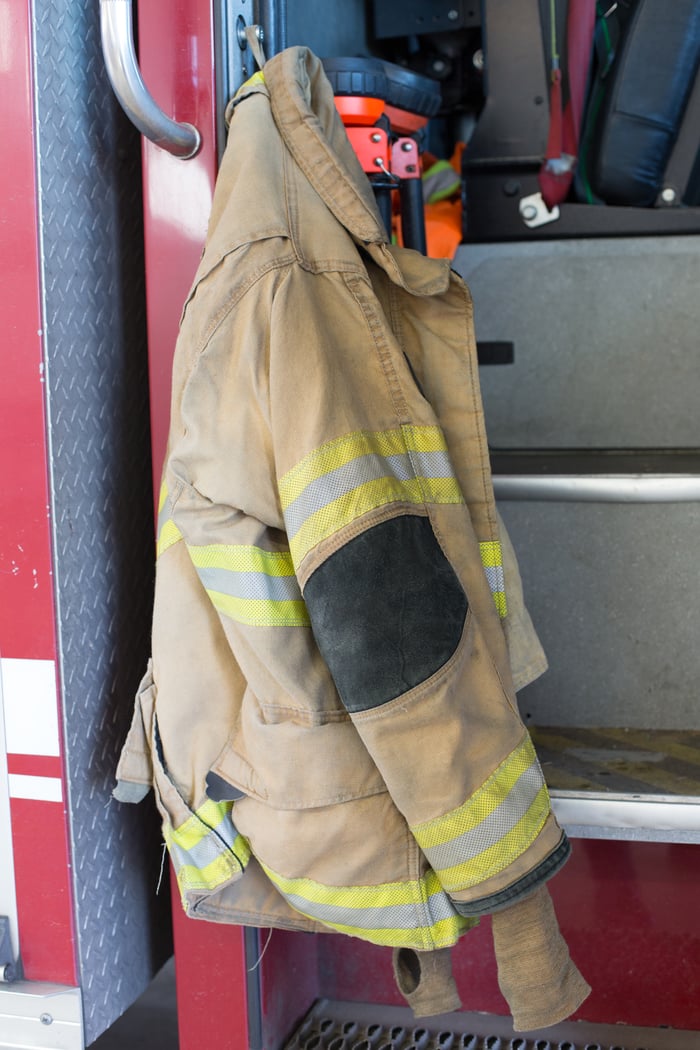 I am happy to see that fire services are beginning to understand the relevance of this investment, and properly training their employees on the best practices to minimize this risk and keep them safe.

INCREASED SUPPORT FOR FIREFIGHTERS AND RELATIVES

I am happy to discover that some countries are supporting firefighters by creating a compensation fund for those facing cancer and their relatives. Although this is only the start, there are services who are providing this support in Canada, Australia, USA (California), and New Zealand will join soon. This is only a tiny part that covers the entire world, but I certainly hope many more services and authorities will follow soon.

The statistics are whopping and not to be disregarded as the numbers indicate: cancer can be caused by what we eat, drink, breathe or smoke as well as from our environments. This includes the many carcinogens found on the fire ground and in the station working environment.

For as long as firefighters continue fighting fires, there will be risks and dangers they will continue to face. Luckily the awareness created by the efforts of entities and organizations such as CFBT.PL, FBU, IARC, IAFT, etc. in cooperation with the entire industry — fabric manufacturers, garment makers, washing machine manufacturers, detergent and washing agents’ producers, laundries and fire unions — leads to better knowledge and sharpened risk reduction.

The combined efforts of all these different players will hopefully result in an improvement of their conditions and reduction of the statistics regarding cancer. Maybe the solution to this problem is to extinguish fires with robots or drones? But that’s a completely different story, for another time….

(Video: recording of the Multidisciplinary International Conference on Cancer in the Fire Services)

Receive the latest updates in your mail

Stay up to date on the latest innovations in protective fabrics.

What sustainable fibers are available on the textile market?

As a health and safety manager, we understand that your employees’ safety and comfort are your priority. When it comes to selecting the right protective...

The Role of FR Fabrics In Mitigating Heat Stress

In environments where every individual’s position cannot always be accounted for and numerous paths are crossed to maintain productivity, hi-vis clothing plays...

Stay up to date on the latest innovations in protective fabrics.

5 Global Trends in PPE-Clothing for the Industrial Safety Industry

5 Global Trends in PPE-Clothing for the Industrial Safety Industry